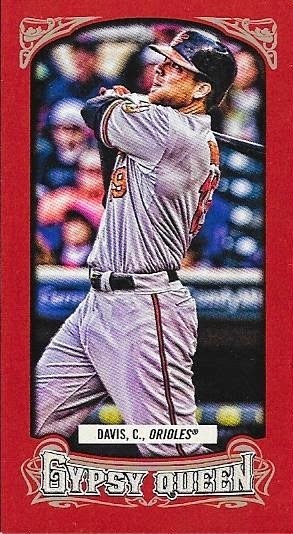 I got some really good Orioles cards in the mail recently from Alex, the man at the helm of the blog "Chavez Ravining."  Alex has really burst onto the blogging scene as of late with Dodger pickups and news.  If you haven't checked out his blog, it's a must.  He was nice enough to feature me in a post discussing "under-appreciated blogs" which I was very grateful for.

In the stack of Orioles stuff he sent me, was this really nice Chris Davis red mini from 2014 Gypsy Queen.  The card is numbered 32/99 and looks really cool. 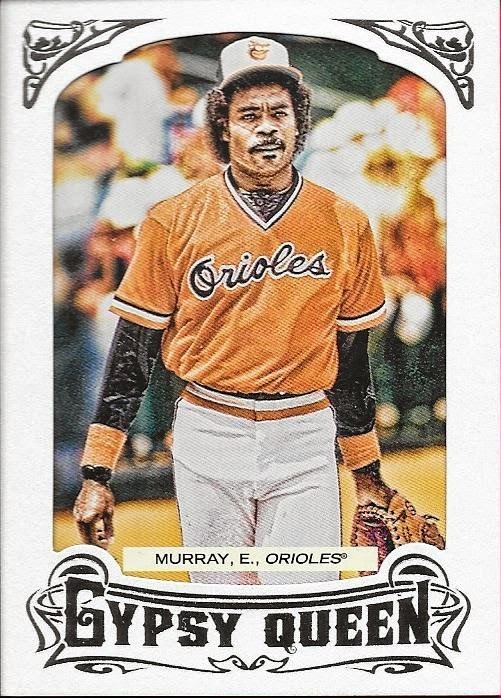 These white bordered Gypsy Queens are also really nice, as can be seen in this Eddie Murray card.  I love the orange old school Orioles jersey that he is rocking.  Murray is definitely an underrated Hall of Famer.  I heard one so-called baseball commentator on XM remark recently that Murray isn't a Hall of Famer in his mind.  One of only four players in history to have 3,000 hits and 500 homers.  Not a Hall of Famer?  Sir, I sure hope you don't have a Hall of Fame vote... 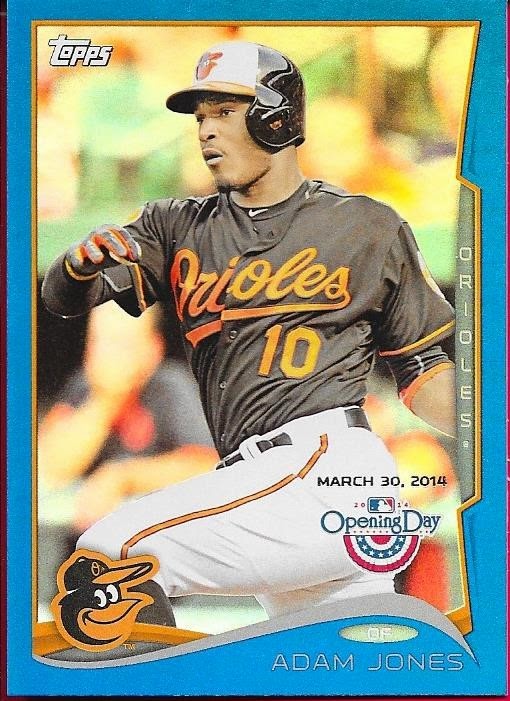 I really appreciate the cards, Alex!  I know we will be doing more trades in the future.  I'm certain of it because I am looking at the stack of cards I have for you right now!
Posted by William Regenthal at 5:44 PM