A Little More From Dana 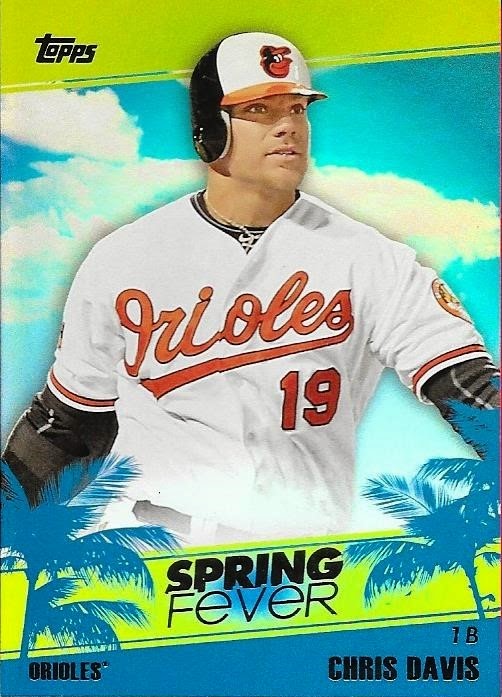 Since I hadn't gotten any mail the last several days, I was able to not push back any old trades for the blog any longer.  I have reduced my "to be blogged" stack quite significantly.  One of the bigger portions of the stack was a trade I got from my friend, Dana, a while back.

In the stack were a couple Orioles Spring Fever cards, like the Davis seen above.  I really like those cards, and as you can see above, they scan really nice.

Dana also sent me a Chris Davis "Oyo".  What is an Oyo?  Well, it looks like a little lego man, but its Chris Davis.  I had another, a Brooks Robinson, that my brother, Adam bought me in Cooperstown.  I haven't opened either of them, yet.  I don't know if I should leave them in the box, or open them.  I'm really bad about not opening things like that, but I'm not going to re-sell them, so why not open them and display them?  I guess I just need to figure out WHERE to display them, and have at it.

Anyway, thank you for this trade stack, Dana, like all others.  I really appreciate it and you will have a package being mailed out to you tomorrow!
Posted by William Regenthal at 11:29 PM