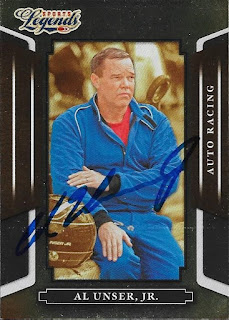 Here is another nice 2008 Donruss Legends that I was able to get signed, this one being a TTM success from Al Unser, Jr.  The card looks really cool now that it is signed.

Posted by William Regenthal at 9:51 PM