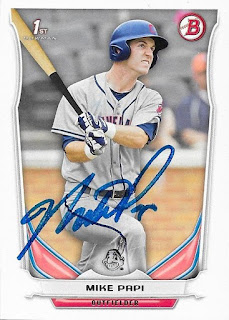 I was happy to get a couple Bowman cards out of my box and into my album with this TTM success from Mike Papi.  I have a ton of 2014 Bowman, and I really enjoy the design.  These were some of the first cards that I got signed IP, and they have a special place for me. 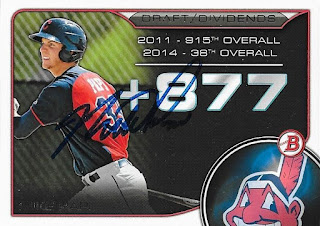 This 2015 Bowman Draft Dividends turned out nicely, also.  These kinds of cards just kind of stick in my card box, and I am glad that I can move a few, now that most of the guys in the set have either moved to the majors, or ae no longer playing.

Posted by William Regenthal at 10:35 PM