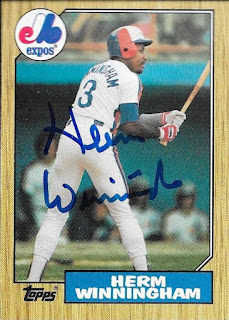 I added another 1987 Topps to my set with this TTM success from Herm Winningham via a private signing on SCN.  I had been wanting to send to Winningham for a while, and finally sent in to this signing.

Posted by William Regenthal at 8:48 PM