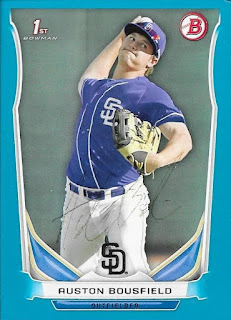 You have to look really closely, but I did get three cards back signed TTM from Auston Bousfield.  I guess he needs a new pen, but I have these signed now and got them out of my 2014 Bowman box. 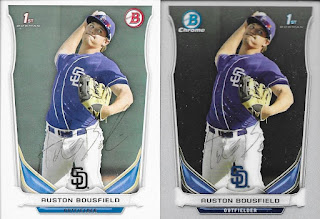 Bousfield signed a blue paper 2014 Bowman, as well as base and a chrome.  I wish they had come out better, but at least they are signed.

I mailed to Bousfield on January 4 and got the cards back on January 14, for a 10-day TAT.