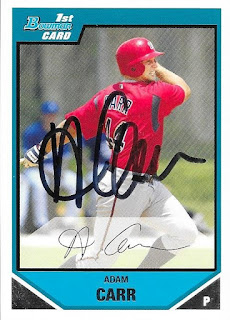 These Adam Carr cards had been pulled because one of my friends told me to pull cards and I had thought Carr's was among the list he sent me.  I was wrong, and the cards got shoved back in my box.  I hate pulling cards out, just to have to put them back, so I was glad when I was able to find an address to send TTM to for him.  I was even happier when the cards came back signed. 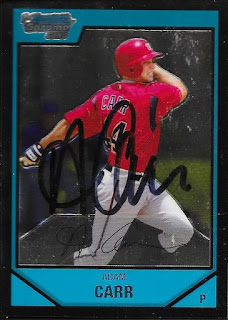 Posted by William Regenthal at 7:28 PM