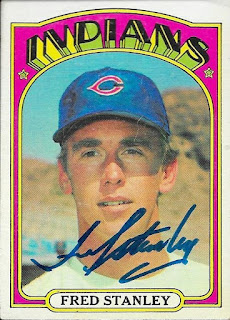 Here is another 1972 Topps that I was able to get signed; this one by Fred Stanley.  The card turned out great and is now in my album.

Posted by William Regenthal at 6:15 PM