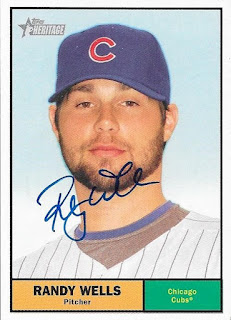 Here are some nice cards that I got signed TTM from Randy Wells.  The above 2010 Topps Heritage turned out really well.  I have a partial set of 2010 Heritage, and have been pulling from it to get a few cards signed here and there.  They really look nice when signed. 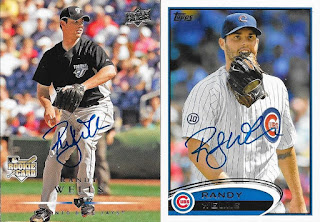 Posted by William Regenthal at 8:52 PM