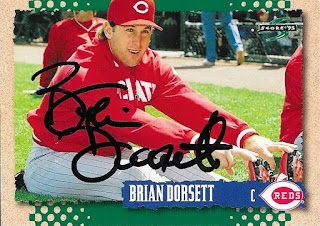 When the 1995 Score set came out, I really enjoyed the design.  I remember picking up a few boxes of it and I think I even had collated most of the set back then.  Most of those cards are gone now; victims of being bricked by the super gloss on them.  I have a few left, and really wanted to get some in my album.  I saw that Brian Dorsett signed TTM, so I sent one out, along with the 1995 Ultra below and came back with some nicely signed cards. 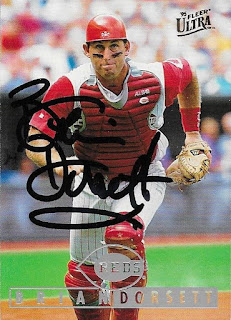