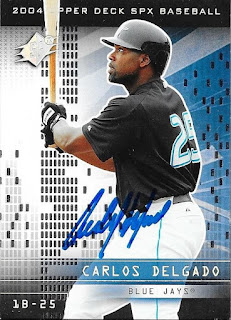 I couldn't pass up a private signing with former slugger, Carlos Delgado, and when it came time to send in, I couldn't settle on just one card.  So, I spent the money and sent two that had been buried in my boxes for years.
The above card is a 2004 Upper Deck SPX, which turned out great.  I really like this card, and am glad I sent it off. 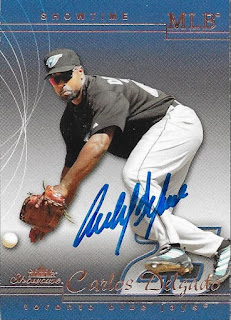 The next card is a 2005 Fleer Showcase Showtime card that is numbered 29/99.  It also looks great, now that it is signed.