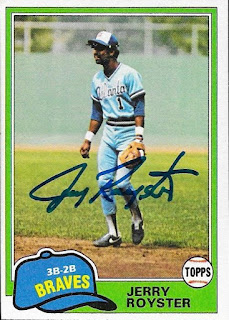 Another day, another private signing.  This one was for Jerry Royster, and I sent along a 1981 Topps with my 1987.  The 81 turned out really nice, as can be seen above. 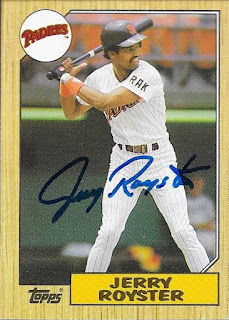 Posted by William Regenthal at 6:21 PM