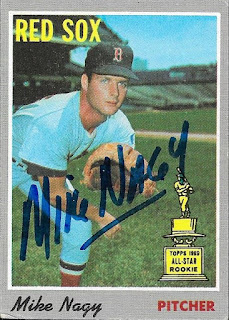 It took two attempts, but I finally got these cards back from former pitcher, Mike Nagy.  He signed the above 1970 Topps and the below 1971 Topps for me, after I got a RTS and had to look up another address for him. 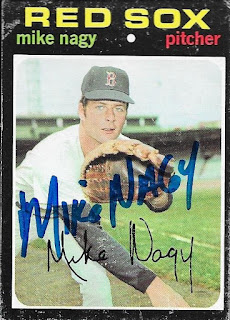 Posted by William Regenthal at 8:19 PM