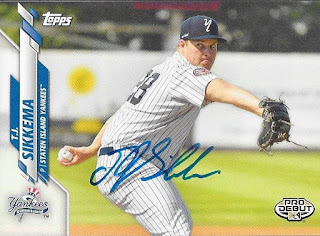 I got some cards signed by TJ Sikkema that I would have liked to get signed in person this season, but there was no graphing to be had, at all.  So, I have been stuck sending out TTMs to damn near everyone that I can.  I have sent out more TTMs this year than in any year in the past, and there are still 2 and a half months to go. 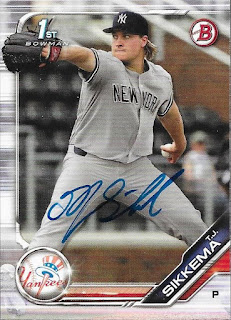 Sikkema (b. 1998) was a first round (38th overall) draft pick by the Yankees in the 2019 June Amateur Draft out of the University of Missouri.

Posted by William Regenthal at 6:37 PM