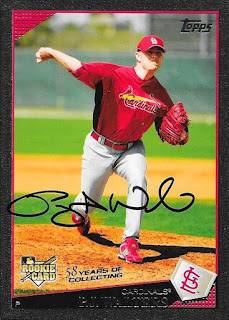 These are some cards that I held in my "to be TTMed box" that I really wanted to get signed.  They were held because PJ Walters had signed TTM with a club, but there wasn't yet a good address I could use from my Harvey book, and finally sent the cards on their way.
Of course, the reason I really wanted to send to him TTM was the above 2009 Topps Update black parallel.  I really wanted it signed, and just bided my time.  Now, the card is signed, and all is well. 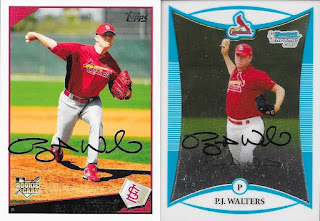 Of course, I wasn't satisfied with just one card, so I sent the 2009 Topps Update base and a 2007 Bowman Chrome.  Both of these cards look nice, too.

Posted by William Regenthal at 8:33 PM