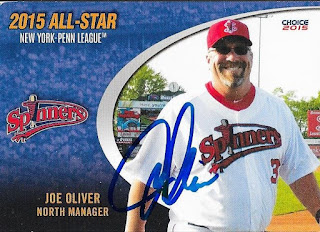 My friend, Gerard, came up with a cool idea; We would send off a mystery TTM for each other each month, to help get rid of extra cards and to help each other add to our collections.  The TTM success from Joe Oliver was one of the ones that Gerard sent off for me. 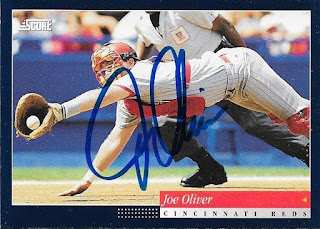 I had sent the cards to Gerard to get signed during either Spring Training or the minor league season, but the hadn't gotten signed.  So, Gerard tried them TTM, and got them signed for me.

Thanks for getting these cards done for me, Gerard!