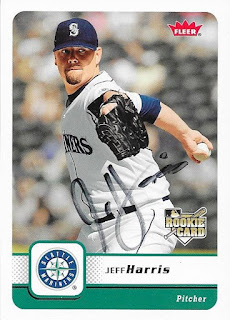 I was really happy to get these cards back from Jeff Harris. It was mainly because I really wanted to get a 2006 Upper Deck Epic card signed (and there is one shown below). I was also glad to get all three of these cards out of my box. 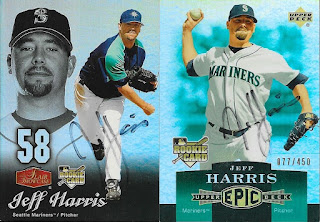 I opened a few boxes of 06 Epic, which were very expensive. I sold off a lot of the cards, but a small handful survived several card shows and Ebay. Now, there is one in my album (along with the 2006 Topps and 2006 Flair Showcase).

Posted by William Regenthal at 8:32 PM