So, I'm sure you all are wondering how I have been doing on COMC so far.  Well, I have sold 3 of the 50 cards that I had listed so far.  I like the site, so I sent them another box of 115 cards (mostly SPs and parallels - a lot less high end stuff this time) and one graded gem mint 10 Bowman Chrome card.  Maybe I can flip that stuff and get some needs met off of my want list again like I was able to with the cards below. 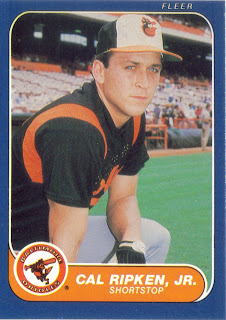 I can't believe I didn't own a single 1986 Fleer Cal Ripken card.  I had seen them plenty of times,  but for whatever reason, they didn't end up in my collection.  The above card is the base card for the year and below is his League Leaders card. 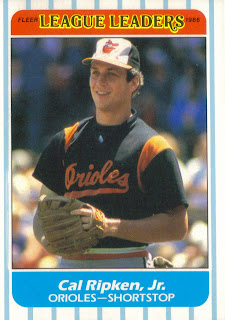 He was also featured on the below card with Alan Trammell; two of the best shortstops of their generation.  Why Trammell isn't in the Hall of Fame is anyone's guess. 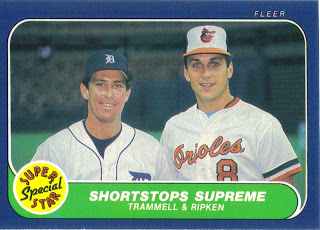 I saw the below 2004 Delmarva Shorebirds Nick Markakis for $0.99, so I added it to my cart.  I hadn't seen any of them before, so I figured it wouldn't hurt to add it to my PC. 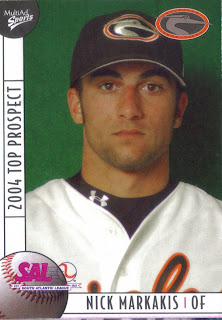 The below Nolan Reimold 2009 Topps Finest redemption RC is direct from my want list.  Apparently, there are a few harder to find parallels of this card, but I haven't ever seen them.  I intend to keep my eyes peeled for them, though, because the parallels I have of other players (notably, Brian Roberts) look pretty good. 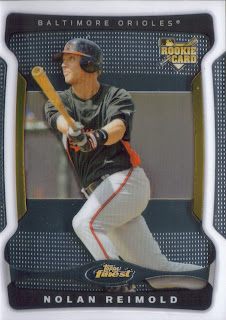 I also knocked the 2009 Heritage SP RC off of my want list.  I still need the Chrome, though. 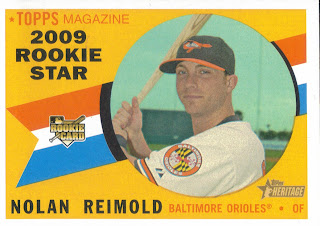 I got my first Kevin Gausman card.  Here's to hoping that the Orioles' pitching depth is finally significant enough that Gausman won't be rushed to the majors like Jake Arrieta and Brian Matusz were when they were brought up.  Give Gausman plenty of time to develop in the minors and then call him up when he is ready to join a rotation anchored by Dylan Bundy. 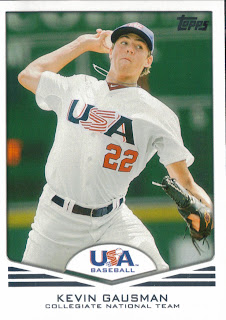 I don't know about you, but I thought the Bowman Ice parallels scanned really nice.  The below Markakis and McCutchen cards are really awesome. 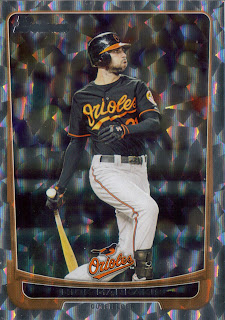 I really wanted the red parallels, but those are commanding pretty hefty prices right now, so I am going to keep my eyes opened for them and hope to get a bargain later on. 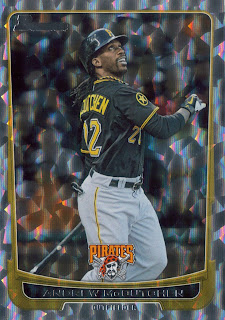 Finally, I don't know how I missed it while I was there, but this is a 2012 National Show Leaf Brooks Robinson.  I love adding new Brooks cards to the collection, so this was a 'must have.' 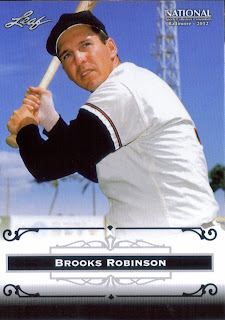 Well, I think I was pretty successful in flipping three cards for 10.  I feel like I made an Andy MacPhail-type trade.  The cards I sold so far were a 2011 Topps Diamond Die Cut Reggie Jackson, 2008 Bowman Chrome no sig Kosuke Fukudome and a Topps Finest Yu Darvish RC.  Not a bad haul, I think.  Make sure you guys take a look at my wares and stay tuned for more cards to be added soon!
Posted by William Regenthal at 5:48 PM

Glad your doing well on COMC. My cards should be up soon. May you email me a link to your COMC cards that you are selling?