After a long day of work, I came home to a nice padded mailer in my mailbox which could only mean that I had a TTM waiting for me.  Inside my package was this ball, signed by former Pirate pitcher, Vern Law. 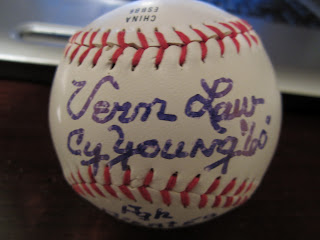 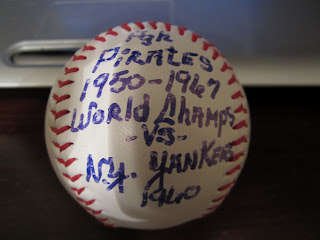 Nice success. i might give this one a try. He's getting up there in age.

That looks awesome man! I got Law a little over a year ago, he's got a great signature

Wow, that's a very nice TTM ball! I need to look into sending him one. As a Buccos fan, I feel that I need to add it to my collection