My son and I went to the Kinston card shop today, mainly because it had been since April since I had been there and I thought I'd see if he had anything new.  I was able to find some good stuff for myself and some of my friends (Andrew, Drew, Scott, Nick, Dustin).  One of the best cards I found, for a mere 5 bucks, was this Jason Hammel 2005 Leaf Limited auto. 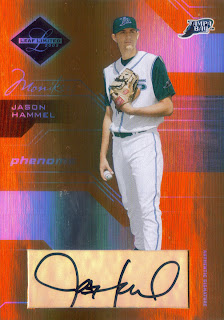 Hammel is having an awesome season so far, and to be able to add this sweet auto was really nice today.  I didn't even realize until I got home and was showing it to Andrew on Skype that the card is numbered 1/50.  Very nice! 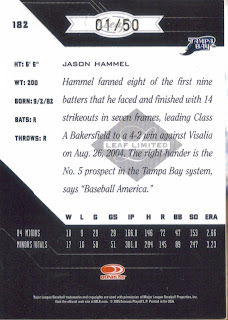 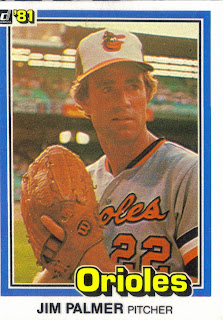 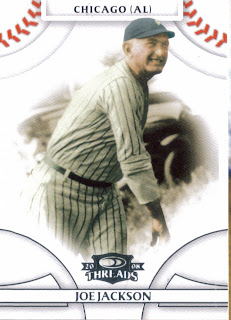 I really liked this 2008 Donruss Threads Joe Jackson.  You don't see Shoeless Joe card a whole lot, so I picked this one up, especially since I am reading Eight Men Out right now. 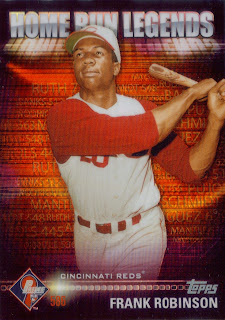 The fellow who runs the shop gave me 2 copies of this Frank Robinson Home Run Heroes card.  I had hoped it would be Frank in an Orioles uniform, but oh well.  It is still a Frank card, and I'll take it.  Plus it was free. 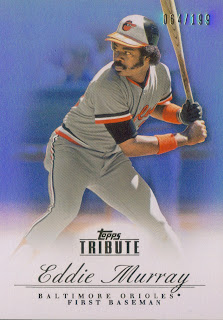 Finally, I added this 2012 Topps Tribute Eddie Murray that is numbered out of 199; I believe it is the blue parallel.  Just a nice card.  I always enjoy Topps Tribute, so I had to grab this Murray when I saw it.

I hope you all enjoyed seeing these cards.  The shop has a nice bit of relics and autos fairly cheap.  I have packages ready to mail Dustin, Nick, Andrew and Cam, so you guys will have those headed your way on Monday.  Tomorrow, I hope to post about a trip to see the Mudcats play the Keys, weather permitting.
Posted by William Regenthal at 6:57 PM

Nice to see Hammel put it together this year! For a five spot that is a great pickup!