My son Chris and I decided to make the hour drive to Zebulon, NC to try to get Dylan Bundy's autograph.  We also wanted to catch our second minor league game of the year. 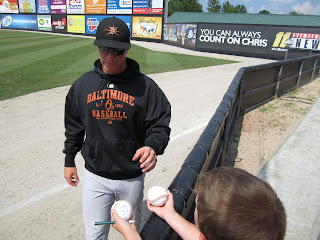 We had no problem meeting Bundy; Steven Bumbry made sure I knew when Bundy was on his way out.  I also feel like Bumbry told Bundy we were waiting for him.  Bumbry also helped me in 2010 by sending Matt Hobgood out to meet me when I was looking for him by the bus in Greensboro.  I think I owe Steven something, haha. 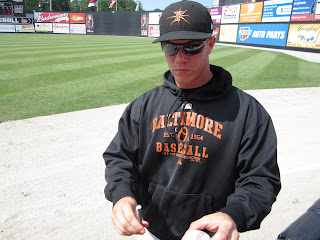 Bundy was really nice to Chris and I.  He signed both of our baseballs on the sweet spot.  Bundy also signed Chris' team ball. 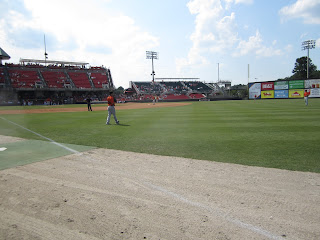 I was upset when the Kinston Indians left town and moved to Zebulon to take the place of the AA Mudcats who moved to Pensacola, FL.  Get all that?  Kinston was left without a team for the first time in forever, and I am left to having to drive an hour to watch some minor league ball.  I pretty much have 5 Coutny Stadium figured out, as far as which seats to get and have the best chance at getting autos, however, nothing will replace the nostalgia and feel of historic Grainger Stadium in Kinston.  Man, I hope they find a team soon. 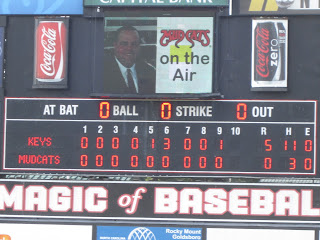 The Keys won, 5-0.  Keys pitcher Tyler Wilson threw 7 innings of 3-hit ball and the Keys' Aaron Baker (obtained by the Orioles in the Derrick Lee trade from the Pirates last year) hit a 3-run home run in the top of the 6th. 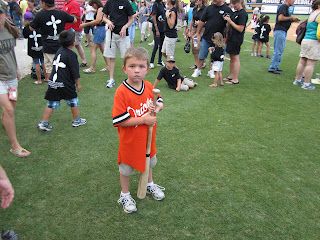 Here is Chris after running the bases with the bat that was given to him by Keys player Garabez Rosa.  Rosa just walked up to Chris and handed him a bat. 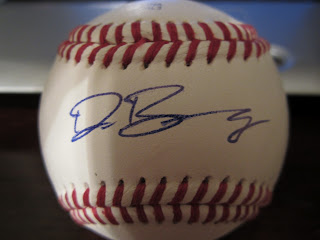 Here is my ball that was signed by Dylan Bundy.  This is definitely going in a protected cube in the china cabinet.  I've got all of the Orioles' #1 draft picks dating back to 2003 (Nick Markakis).  Since the Orioles didn't sign Wade Townsend in 2004, I don't count him, but after that, I have them all (of course I haven't gotten Kevin Gausman yet, since he hasn't signed). 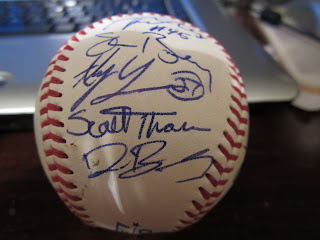 Here is Chris' team ball.  He had it signed by 15 Keys players.  I'm going to put this ball up for him along with a copy of the roster so he will know who alll signed the ball for him. 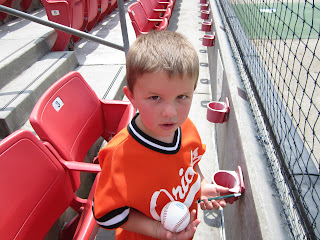 Here is Chris waiting for players to walk by so he can have his ball signed.  We waited out the heat and spoke with a bunch of the players.  He high fived a lot of them and got some free stuff.  Chris said that he enjoyed his day out with his daddy, so that was the most important part of all.

Posted by William Regenthal at 10:48 PM

Wow, I wish my dad would take me to a minor league game. Cool stuff you got out there Will.

Awesome stuff! I am usually a partial season ticket holder with the Staten Island Yankees (the Yankees class A team in the NY-Penn League). Love graphing there as the players are usually so accomadating. Wasn't able to pick up my tickets again, but I do hope to make it to at least one game and graph some more.