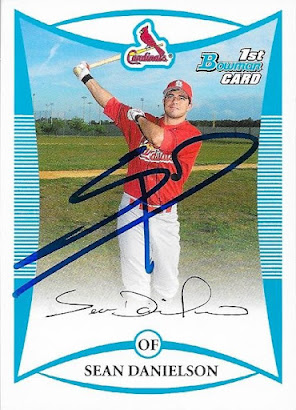 I got a random Bowman card out of my box when I was able to send this 2008 Bowman off to Sean Danielson.  He returned it signed to me, and it now is in my album.  I have 5 more pages to fill before I can start a new album, by the way.

Posted by William Regenthal at 2:53 PM