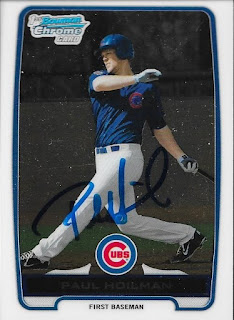 I was able to get a couple 2012 Bowman cards out of my box when I got these signed by Paul Hoilman.  I haven't had many Bowmans prior to 2014, when I started buying up more of them, so getting a couple of the 2012s signed was nice. 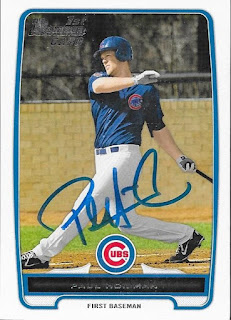