Pickup For The 87 Set - Andy Hawkins 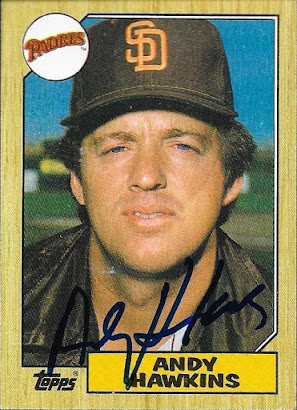 Andy was hard to get in person as well. Signed once when he was pitching coach at Omaha.

I met him at a Round Rock Express game in Texas, and he signed my '87 Topps card.