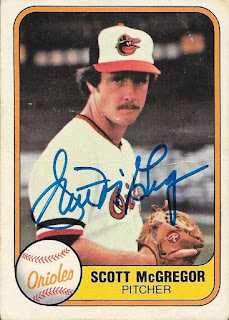 It's always good to get a former Oriole TTM, and even better if it is one who signs a lot of cards in one return.  I got a bunch of cards back from Scott McGregor, and am happy with the return.  I was able to get this 1981 Fleer that my good friend, Max, gave me a while back.  The card got a little beat up, but it still looks fine. 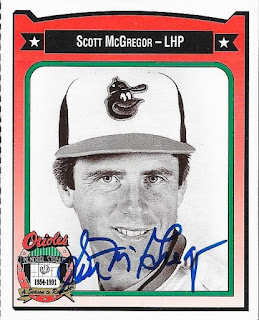 I also got the 1991 Crown Orioles card signed.  Again, I'm not going for the set, but...  I may be going for anything I can get out of my box.  Take that for that it's worth. 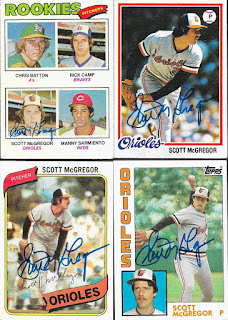 I mailed to McGregor on June 4 and got the cards back on June 13, for a 9-day TAT.
Posted by William Regenthal at 8:03 PM