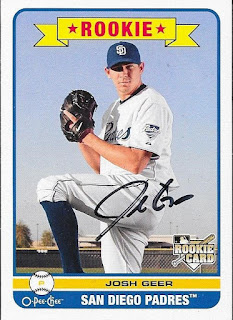 I took a couple cards out of my old rookies box that I had and sent them out for signatures.  These cards of Josh Geer turned out fairly well.  I liked the above 2009 O Pee Chee.  I don't know why Upper Deck brought back the O Pee Chee brand in the late 2000s, but they did.  It was a cheap alternative to Topps Total, I suppose.  Still, the design was nice, and the card looks good signed. 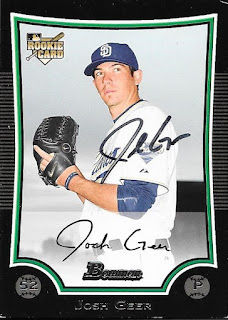 This 2009 Bowman also turned out well.