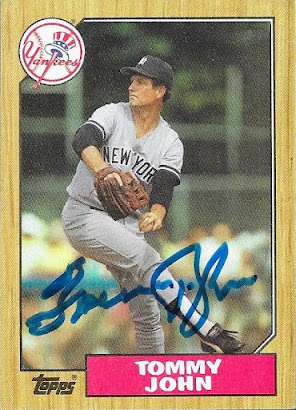 I had him in my 1987 Topps set but I went ahaid and sent another TTM to Tommy John. This signature looks a bit shakier than the other, but both are pretty similar. 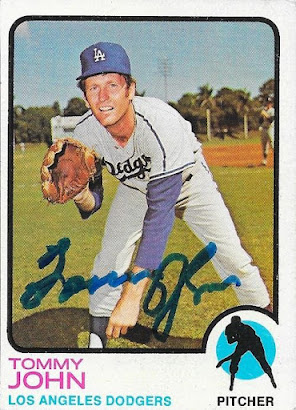 I also had John sign this 1973 Topps. It also turned out well.

Posted by William Regenthal at 4:21 PM