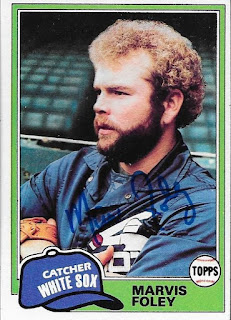 Here are some 1980s cards that I got signed recently when I sent off to Marvis Foley.  The above 1981 Topps came out pretty well, I think.  Those early 80s cards really look cool when you factor in the old styles of the times.  The satin jackets, the hairstyles, the facial hair, and the crazy uniform colors.  These are some of my favorite cards to get signed. 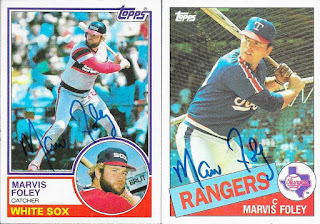