I used my 2020 Harvey book to my advantage by getting a type of card I really wanted in my album, signed.  I had been trying to get a 2006 Upper Deck Ovation signed but have missed out, then I saw this one of Jason Bergmann in my rookies box, so I tried again. 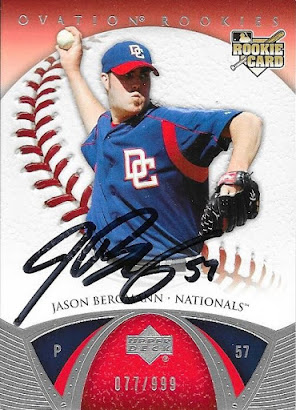 The card turned out great, I think, and will look really cool with the other cards in my album. 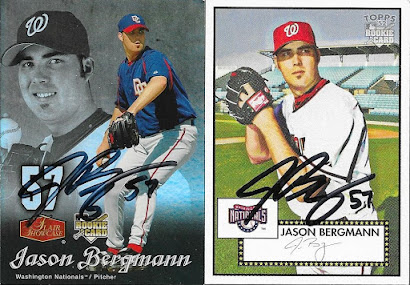 I also got a 2006 Flair Showcase and a 2006 Topps Rookie 52 signed.  Those Flair Showcase are really nice.  I've been able to get a few of the Rookie 52s done.  I remember busting a box of those back when they came out.  This was way before Heritage Minors.  I kind of wish Topps would bring back Bowman Heritage to the mainstream.

Posted by William Regenthal at 9:47 PM