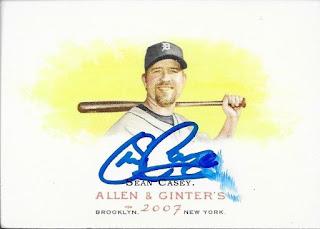 I mailed to him twice, but I was able to get Sean Casey's autograph on some nice cards.  I had mailed to him via MLB Network a couple years ago and never got anything back.  Finally, I saw his addrerss on SCN, so I tried again. 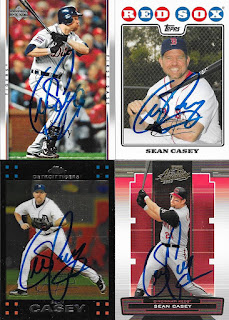 I got some really nice stuff signed, even though I would have rather had the 2006 Upper Deck Ovation that I had sent originally, but these were will really nice.