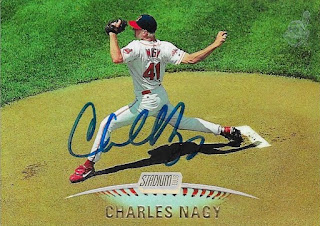 He was one of the tip pitchers of the mid-90s, leading the Indians to a couple playoff berths, and has recently been a major league pitching coach.  When I saw that Charles Nagy was signing TTM, I was very excited and picked up some nice cards of his to send off.

The 1999 Stadium Club (above) turned out really well, and was a card that I had found at my LCS a while back. 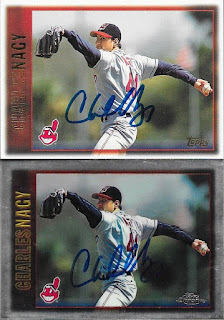 I don't have many signed 1997 Topps and even fewer 1997 Topps Chrome in my album, so adding these was nice.