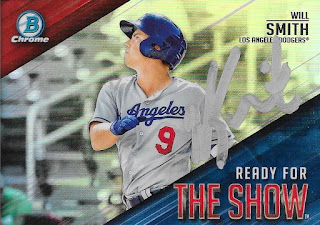 I added a cool card to my autograph album with this TTM success from Will Smith.  Not that Will Smith.  The Will Smith pictured on the card.  Duh.

He signed the card with a silver Sharpie, and it shows up a lot better in person.