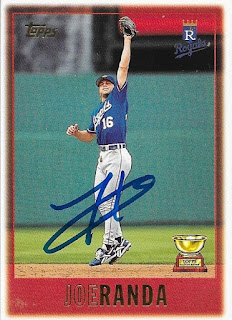 Here are some nice cards that I was able to get signed TTM by Joe Randa.  I only have a handful of 1997 Topps, so I was glad to put one in the album. 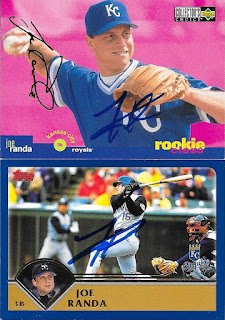 The Collectors Choice card at the top of this photo is hard to tell, but I think it is a gold signature parallel.  I had it separated and top loaded for a long time, and I feel like that is why.  It is hard to tell, and even harder to tell from the scan.  Randa's 2003 Topps (bottom of photo) turned out really well. 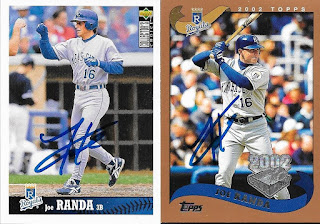 Finally, I got a 1997 Collectors Choice and a 2002 Topps Opening Day, and they'll look cool in my album.