Gerard Delivers With Some 87 Set Needs 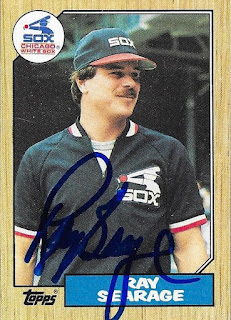 My good friend, Gerard, saw two cards that I needed for my 87 set, and worked a deal to snag them for me.

I tried sending to Ray Searage via Spring Training a couple years ago, but the cards were never returned.  Now, I don't think he is coaching with anyone, but if he isn't, I'm sure someone will pick him up.  He worked wonders as the Pirates pitching coach. 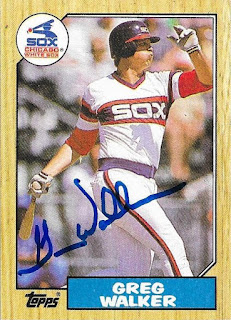 This Greg Walker card is also nice.  I don't believe I had mailed to him, but now I don't have to.  Gerard has been a big help with the set, and it definitely is coming along pretty well.

Thanks so much for picking up these cards for me!
Posted by William Regenthal at 11:36 AM