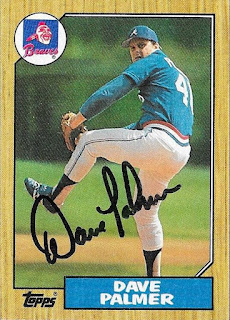 I have been using PastPros quite a bit lately to get some cards for my 1987 set.  This time around, I crossed Dave Palmer off of the list.  It took a while, and I had to email the folks at PastPros, but I got my cards in, and they look good. 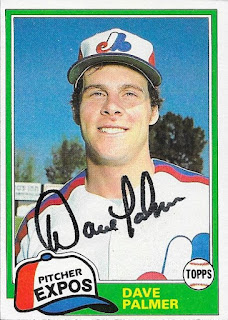 I went ahead and got this 1981 Topps signed as well.

I mailed to Palmer on September 28 and got the cards back on April 2, for a 187-day TAT.
Posted by William Regenthal at 7:09 PM