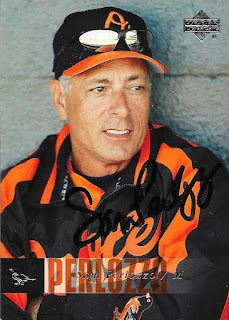 I had these cards of former Orioles manager, Sam Perlozzo, in my Orioles box for years.  I finally got them out of the box and out in the mail last month.  Perlozzo signed everything I sent, and the cards turned out pretty well. 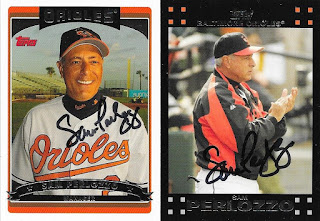 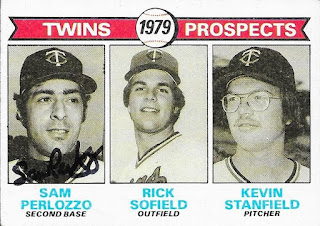 He managed the Orioles from 2005 to 2007.  His overall managerial record was 122-164 (.427 win %).  Those were some pretty bad Orioles teams.  Perlozzo even lobbied for his longtime best friend, Leo Mazzone, to come on board as the Orioles pitching coach.  The Orioles pitchers were pretty brutal during that time, and Mazzone was ineffective as pitching coach.  I just remember all of the hype, and then poof, Mazzone was gone.  I knew it wasn't going to end well when Mazzone showed up at Spring Training with a new Orioles logo tattoo on his arm.

I mailed to Perlozzo on March 9 and got the cards back on March 20, for an 11-day TAT.
Posted by William Regenthal at 7:27 PM