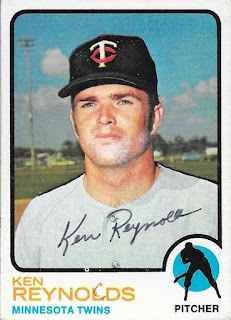 I took a couple more 72/73 Topps cards out of my box when I sent off to Ken Reynolds TTM.  Both cards came back signed in black ballpoint pen, and look pretty nice. 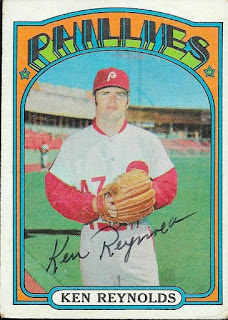 I mailed to Reynolds on April 1 and got the cards back on April 9, for an 8-day TAT.
Posted by William Regenthal at 1:00 PM