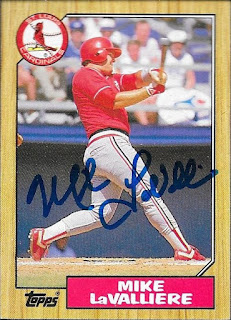 I have to keep my eye on the private signings list on SCN and jump on guys who I need for my set who don't sign all too often.  I was able to get Mike LaValliere on his base 1098 and Cardinals Leaders 1987 Topps already signed by Ray Soff. 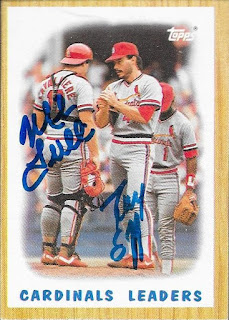 I need to get Ozzie Smith on the above leaders card, and it will be complete.  I could have gotten him last month via a private signing, but I didn't pick it up in time.