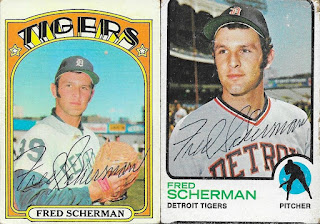 Here are some nice mid-70s cards that came out of my boxes and were able to be signed TTM.  The top two (1972 and 1973 Topps) came from the boxes I bought off of Conrad while I was in South Carolina.  Fred Scherman's signature looks really nice on the both of them. 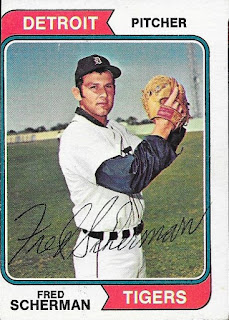 This 1974 Topps came out of a box of cards that my awesome friend, Max, hooked me up with at the National last year.

I mailed to Scherman on April 8 and got the cards back on April 15, for a 7-day TAT.
Posted by William Regenthal at 4:45 PM