Another TTM Success From Eric Bell 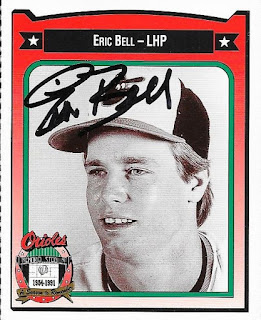 I pulled a few more cards out of my 1991 Orioles Crown set and sent them off for signatures.  One of them was to someone I had already gotten TTM, Eric Bell. 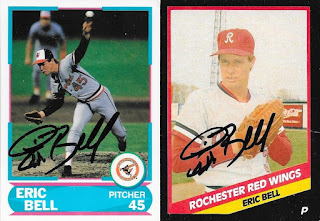 I had found a couple other cool cards of Bell that I sent along with the 1991 Orioles Crown.  The 1988 Score Rookies and Stars card (left) came out of a ton of boxes that I found at a Goodwill, and the Red Wings card from 1988 came out of some extras that someone sent to me in a trade several years ago. Both cards are going to look cool in my album.