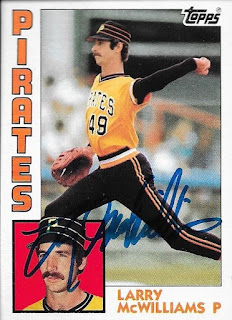 When I sent this card off, I wasn't working on my 1987 Topps set, so I was a little disappointed that I sent this 1984 Topps.  It took me so long to get it in, I went ahead and bought a signed 87 recently.