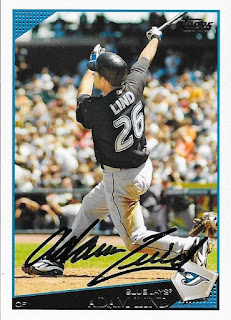 There aren't many signed 2009 Topps cards in my autograph album, but I added one more with this TTM success from Adam Lind.  The card was out for a while, but it finally came back in, and looks great.