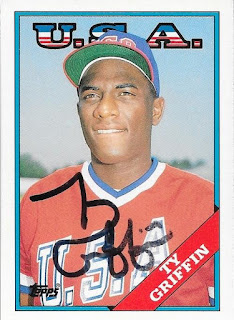 This was a nice TTM success that was facilitated by my randomly finding a card and checking to see if the player signed TTM. 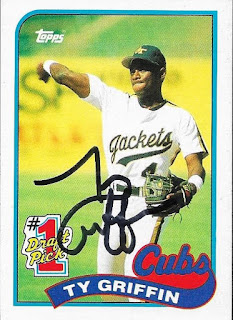 The card was this 1989 Topps Ty Griffin, and of course, he was an active signer.  The cards came out nicely, and I ended up with an extra 1989 that I sent on to my buddy Max, since he is a Cubs fan.

I mailed to Griffin on January 7 and got the cards back on January 22, for a 15-day TAT.
Posted by William Regenthal at 5:36 PM