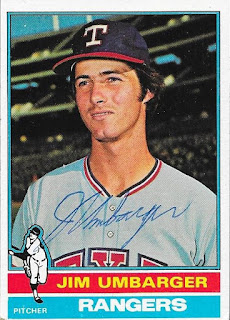 Here are a few more 1970s cards that I was able to add to my autograph album, this time from Jim Umbarger. 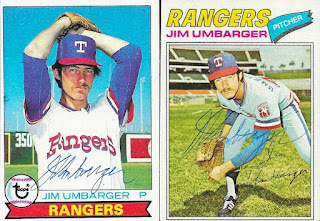 I mailed to Umbarger on January 15 and got the cards back on January 29, for a 14-day TAT.
Posted by William Regenthal at 5:49 PM