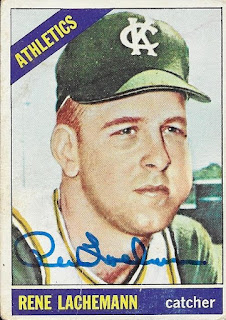 I sent TTM to both Lachemann brothers, this time, I had a return from Rene Lachemann.  I thought it was pretty cool that I got both of them.  This 1966 Topps of Lachemann turned out really well. 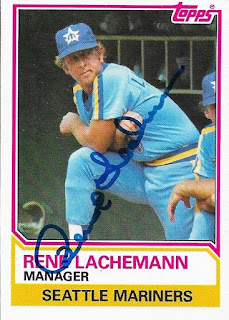 Lachemann was also in 1983 Topps as a manager, so this card was sent.  It looks really good too.