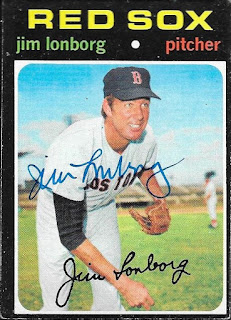 I added some nice late 60s and early 70s cards to my autograph album with this success from Jim Lonborg.  I had a lot of cards to choose from, thanks to my LCS, and I'm glad I got them all returned. 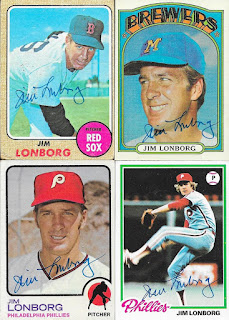 All of the cards turned out great.  Since this TTM success came back, I actually purchased a huge lot of 1972 and 1973 Topps cards from Conrad.  I hope to be able to add a bunch more of them to my album.