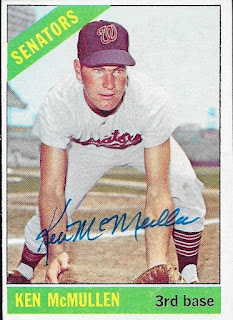 Here is another TTM success that originated from the vintage box from my LCS.  I picked up a couple Ken McMullen cards and sent them out.  The 1966 Topps above turned out really nicely.  I like the old high socks he's wearing in the photo, along with the old Senators uniform. 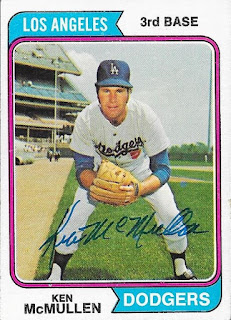 The other card I sent was this 1974 Topps that also looks really nice.

I mailed to McMullen on March 3 and got the cards back on March 22, for a 19-day TAT.
Posted by William Regenthal at 5:46 PM