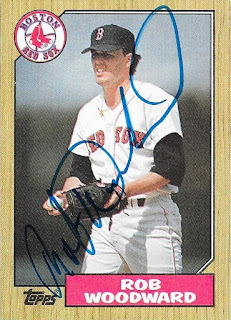 I knocked off another 1987 Topps for my set when I took part in a private signing on SCN.  I heard that Rob Woodward was a tough auto to get, so I made sure to get this card out.  It turned out really nice, and is now off of my checklist for the 87 set.