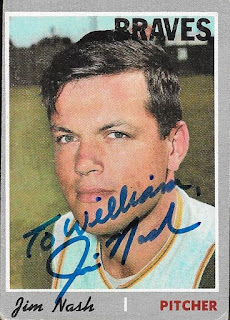 I should be seeing a wave of early 70s cards come in TTM soon.  This success from Jim Nash was just a precursor to the ones I have pending.  I wanted to add some more eary 70s stuff to my binder, so I bought a bunch of bulk from my LCS, and I also bought a couple boxes from Conrad. 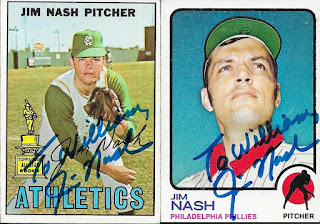 I got some nice cards back from Nash, and he personalized each one.  A lot of folks don't like the personalizations, but I don't mind them.  I'm not selling anything, so they will go right in my album.