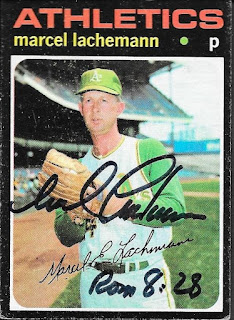 I added a nice 1971 Topps to my autograph album with this success from Marcel Lachemann.  The card was found in a box at my LCS and turned out pretty well considering the condition.